The Greek Cruising Tax is now operational but beset with issues

The long running saga of the Greek Cruising Tax, known as the TEPAI, was due for implementation on 2 April 2019 following the first attempt to introduce it in 2014.

On Thursday May 9th, the Greek Government finally put the Tax into operation. 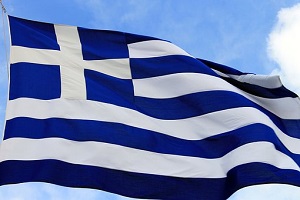 However, the launch was beset with issues from the outset. These ranged from the lack of any method of registering or paying the tax, despite promises that all would be in place, to the proposed manual system comprising duplicate forms at the Port Police and Customs which couldn't be used as they had no stock!

Christopher Robb, who has been liaising with the Greek authorities on behalf of Cruising Association members, advises caution when entering your information if you use an internet browser that uses "Autofill" as it keeps overwriting field with the wrong information.

For example, at least 50% of boats are now called by their owner's name and the author's yacht is now called "Mr", as the boat name was overwritten by the Autofill which has been incorrectly programmed on the Greek System. Several other problems have been reported and the CA is actively monitoring the situation with the Ministry.

From the outset, the CA had insisted that there was proper Publicity for all tax changes effecting the yachting community and, for the first time, the Greek Government has endeavoured to oblige, providing a master document of how the tax works in the form of an FAQ's document (Frequently Asked Questions). This will be available online and will be used by the Port Police to help them in their training. The CA hopes that this will help make dealing with Port Police around Greece more consistent.

The CA has a joint understanding with the Ministry for new questions and answers to be added to the FAQ's to cover unexpected situations, with updates to be regularly published on line. The CA also constantly updates Greek Regulations on its own website.

To find out more about the tax, go to https://www.aade.gr/polites/etepai.