With the debut of the new Club Cruiser Class at Cowes Week 2021, the Cruising Association and Cowes Week organisers have teamed up to produce a 'first-timer' video.

The Cruising Association is proud to be partnering with Cowes Week for the second year as presenting trophy sponsor for the Club Cruiser Class, which made its debut in 2021. Taking place from 30 July-5 August 2022, Cowes Week is the pre-eminent race week in the UK with racing on the world-renowned Solent courses and an après sail programme that makes sure the fun continues long after the finish.

The video is focused on first-timers, but will prove equally helpful for owners and skippers who regularly race but may be introducing new crew to Cowes Week or crew who will be sailing for the first time. The video discusses everything from insurance to the starting line and is packed with helpful and essential information ahead of you heading to the racetrack.

"A first-time at anything can be daunting," said Lucy Gray, CA General Manager. "We hope this video will be a useful guide for those making the transition from cruising to racing, demystify competing and encourage more entries in the Club Cruiser Class.

"We consulted with our members and lined up a pile of questions that are likely to crop up for new competitors," continued Gray. "The video is intended as a 'walk through' of what to expect and we really appreciate the partnership with Cowes Week. We are looking forward to this year’s event." 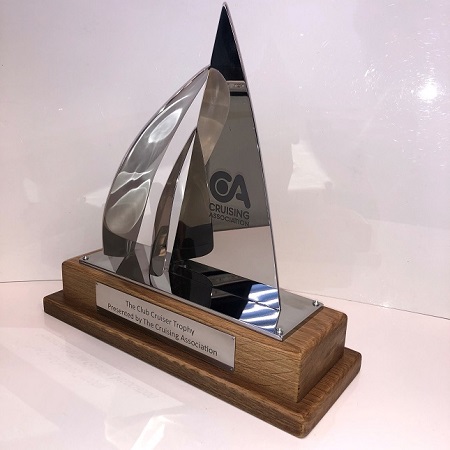 Both the CA and Cowes Week organisers are excited to encourage the new racing division for cruising sailors, with the Club Cruiser Class dedicated to genuine cruising boats who enjoy the thrill of competition.

"We are delighted that the Cruising Association is again working with us at Cowes Week to bring the Club Cruiser Class to the attention of more sailors," said Laurence Mead, Cowes Week Regatta Director. "The Cruising Association Trophy was won by "Chameleon of Cowes" last year and the challenge is there to win it off them! Cowes Week is an eclectic mix of racing and socialising, a 196-year-old tradition that is as much about having fun with your friends as it is about hard-core racing. Enter for a week or just for a few days, there are trophies to win every day and parties every night!"

In 2021, the Club Cruiser Class featured a broad line up of popular cruising yachts, including Bavaria, Beneteau, Carter, Dehler, Dufour, Sigma, Westerly and Folkboat, and so far entries this year include a Rustler 33, Finngulf 33, First 285 and Super Seal 26. The event format is one race per day, with several starts off the iconic Royal Yacht Squadron line.

Entries are open at www.cowesweek.co.uk with the option to enter the whole regatta or specific days. The 'Early Bird' fee applies for entries paid by Friday 27 May, the 'Standard Entry Fee' until 22 July, after which the 'Late Entry' fee applies.