Crews in Company with the CA Channel Rally

Channel Section Secretaries, Bob and Sue Garrett, organised the Cross-Channel Rally to France and the Channel Islands from 8-17 June 2022.

A fantastic mix of 20 boats joined the fun, with at least four having never sailed across the Channel, so the rally helped to extend their cruising experience. Some of the boats had joined a previous Channel Rally and were catching up with old friends, for others it marked the start of a summer cruise onwards and for some the trip was their summer holiday.

CA members will be able to read the full report and photos in September’s edition of Cruising magazine, but in the meantime Bob and Sue share their rally summary:

"For the 2022 Channel Rally, we decided to build extra time in each port in case checking-in and checking-out, now that the UK is no longer part of the EU, took too much time. We wanted to keep the rally within a two-week period with days to get to the start and return to the UK after the end. Unfortunately, our own boat suffered a mast failure only two weeks before the event; our thanks to Drenagh and Simon Wootton for taking us on as crew

As in recent years we had two starts - one in the Solent and one in the West Country (organised by Paul and Liz Harewood). As boats gathered, the weather was not kind with squalls in both Yarmouth and Dartmouth, but not sufficient to hinder the pontoon cocktails and rally dinners! 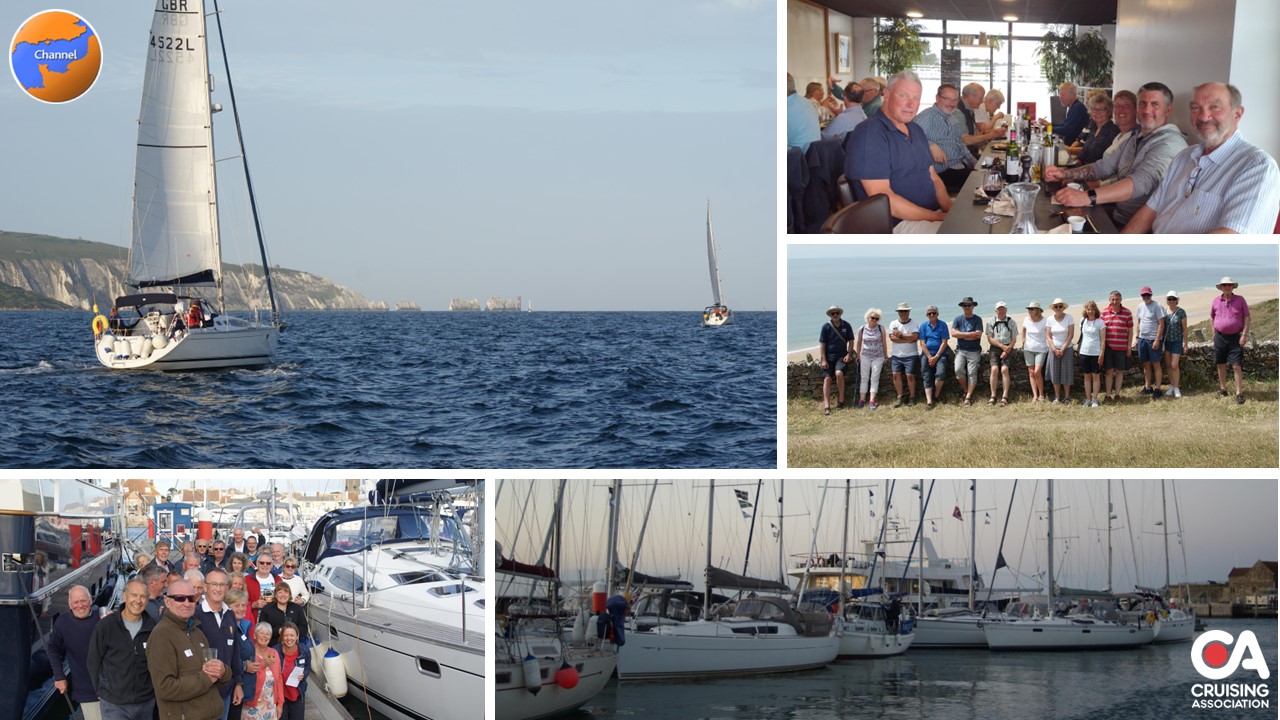 For both flotillas there was concern over the weather forecast. On 9 June, the Solent group agreed to leave an hour earlier so we would reach potential overfalls off the Needles at slack water. All motored down in about 15-20 knots of wind and then turned southwards for a fetch/reach across the Channel, arriving in Cherbourg around 12 hours later. The police aux frontières, who visit the marina office twice a day, were only interested in arrival forms and passports so the process was rapid and friendly.

The West Country group planned to sail across a day later. For them there was some concern not about wind but swell, although in the event they had a pleasant passage to Braye on Alderney, interrupted only by visits from dolphins.

Our stay in Cherbourg included a successful wine tasting, a second rally dinner, plus a day for everyone to do their own thing. The West Country flotilla had a guided walk with the Alderney Wildlife Trust, tea at the Alderney Sailing Club and dinner at a local restaurant. 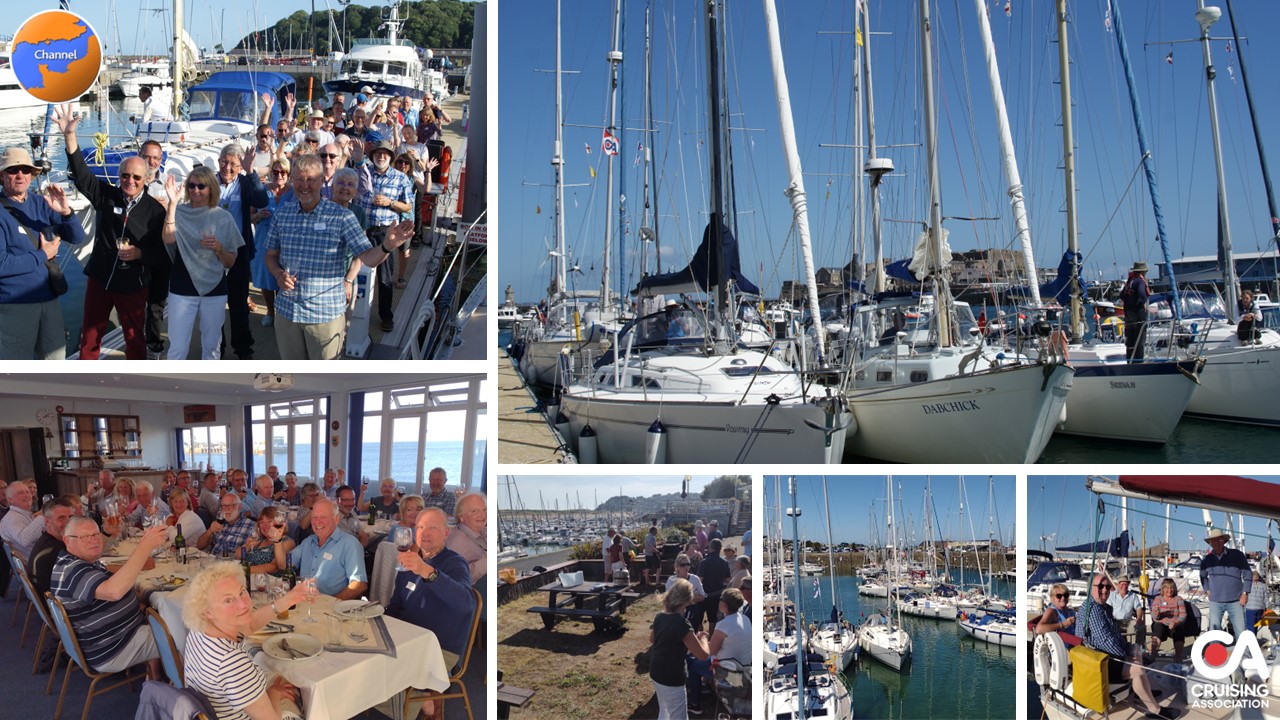 On 12 June, the two flotillas came together at St Peter Port on Guernsey. The flotilla from Cherbourg used the back eddy inshore to Cap de la Hague, then headed south-west and were able to sail or motor-sail as the light winds shifted. The Braye flotilla left later and took advantage of a better wind angle to sail most of the way to St Peter Port. After a wait to get over the sill at Victoria Marina, we enjoyed another pontoon party followed by dinner at the Guernsey Yacht Club, then a free day wrapping up with a safari supper.

The next day passage on 14 June to Carteret was about 32 miles, but as we had to both leave and arrive near highwater we had about 10 hours to cover the distance. Most chose to anchor somewhere enroute, arriving in time for dinner on board, and checked into France again the next morning.

About a third of the group decided to leave Carteret a day early to ensure they got back to the UK before the forecast bad weather set in, so we brought the end-of-rally BBQ forward one day and it proved a fine, sociable and lengthy evening.

The following day was the scheduled end of the rally, which had started with the threat of bad weather and finished in the same way, but for the 10 days we were together we had mostly been blessed by gentle winds and sunny skies which made sharing passage making and social events all the better.

The camaraderie which developed was terrific and even a week later the Rally WhatsApp group was still buzzing with exchanges and photos about where everyone had now got to."

Find out more about the CA Sections.