A full day of speakers and discussions which will cover all aspects of planning, going to, cruising around and staying in the Baltic. This event is a “must do” for those looking for a new cruise area, for those wishing to venture further into this lovely region, and for those just interested in learning about it. Version 3 of the programme for the day is below. 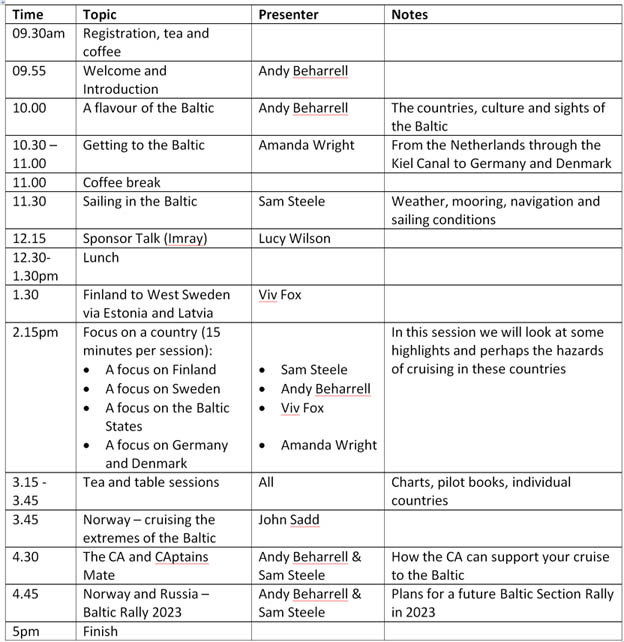 What: All day Seminar on the Baltic including lunch, refreshments and handouts.

Where: At the Royal Harwich Yacht Club, Woolverstone, Ipswich, IP9 1AT,

Directions to the Royal Harwich Yacht Club - A PDF download with a map.

N.B. Members of the CA and RHYC both qualify as "Members"

P.S. Covid: The Club will adhere to the Government rules and advice applicable at the time.