Brexit: VAT on boats outside the UK – Urgent Update

Boats in EU may have to pay UK VAT on return

The CA understands that HMRC may be considering changing the interpretation of VAT rules so that, after the Brexit transition period, all boat owners established in the UK whose boats have been in the EU for the last three years or longer will pay VAT for a second time if they want to bring their boats back to the UK.

The RYA and British Marine issued a joint statement on 1st October 2020 setting out some important changes by HM Revenue and Customs (HMRC) in their approach to the VAT status of British-owned yachts that are located outside UK waters at the end of the Brexit transition period on 31 December 2020. An informal clarification has subsequently been made by HMRC on 14 October. 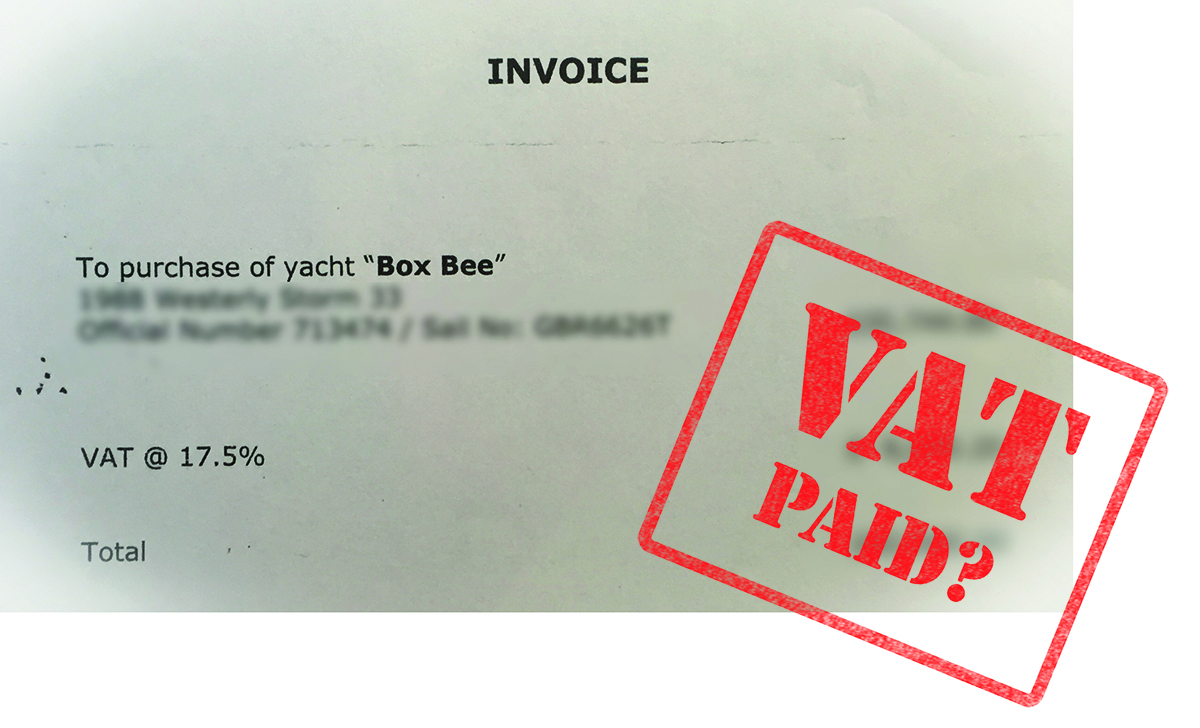 The RYA and British Marine understand that yachts located outside UK waters on 31 December 2020 and which subsequently return to the UK will be subject to Returned Goods Relief (RGR) requirements, and that this will only be available for goods returning to the UK provided that RGR conditions are met, including the requirement that the goods must have been exported from the UK and return within three years of export.

The CA's Regulations & Technical Services group, RATS, (on behalf of the CA) has already made representations to HMRC that HMRC’s approach will result in significant adverse financial consequences for a great many UK boatowners who own yachts located outside the UK. RATS will inform CA members if any changes are made by HMRC.

This update sets out the consequences of HMRC’s position as understood by RATS for both UK and EU customs/VAT status and taking into account the clarification made by HMRC on 14 October.

HMRC stated in March 2019 in the past that "UK owned boats will retain their UK VAT paid status whatever their location on the day the UK exits the EU".

HMRC also said Returned Goods Relief will be available, at least for a period of time, to allow those UK residents to return with their belongings (including pleasure boats) to the UK without paying customs duty or VAT as long as the items have not been changed since their departure and the importer follows HMRC guidance, including providing evidence to HMRC that VAT was paid in the UK or EU.

According to the joint RYA/British Marine statement HMRC now intends to apply the Returned Goods Relief rigidly. This would mean that the three-year period for returning a yacht to the UK will apply from the date when the yacht left the UK – so for yachts that left the UK more than three years ago, Returned Goods Relief will no longer be available.

In informal conversations with HMRC on 14 October (and confirmed by the RYA in a Webinar), the HMRC has updated its standpoint somewhat by making clear that a further year will be allowed after the end of the Transition Period during which Returned Goods Relief can be claimed.

This is really good news but there is still considerable uncertainty. All we have to go on is the statement that a further year will be allowed after the end of the Transition Period during which Returned Goods Relief can be claimed. This could have a variety of interpretations. It could mean that all yachts located outside the UK will be given until 31/12/2021 to return to the UK or it could mean that the 3 year Returned Goods Relief period will be extended to 4 years. If the latter, it would still mean that yachts that have been located outside the UK for more than 4 years would immediately lose UK VAT-paid status. We do not know if the opportunity will be extended to boats that were purchased in the EU and that have never been located in UK waters - both new and secondhand?

RATS is continuing to liaise with HMRC on these issues. Our contacts at HMRC understand the issues and are sympathetic but it is the Brexit team that make the decisions. The Brexit team are very pressed and - until recently - this has not been regarded as a high priority issue for them.

On this basis, if CA members own yachts that are currently in UK waters and it is possible to move them to EU waters it may still make sense to do this, so that the yacht is located outside UK waters on 31 December 2020 in order to obtain the benefit of continued EU Union/VAT-paid status. As long as the yacht is then returned to the UK within the Returned Goods Relief period (whatever HMRC might decide that will be) it would also retain concurrent UK VAT-paid status.

The customs status of yachts after the end of the transition period depends on their location at the end of the transition period. Yachts located in the EU at that time will keep Union status and continue to be regarded as being VAT-paid for travel throughout the EU. Yachts located in UK waters at that time will lose their EU union and VAT-paid status, irrespective of the nationality of the ownership of the vessel.

The EU Commission has said that yachts located in the UK at the end of the transition period on which VAT was originally paid in an EU27 country may be entitled to an exemption to VAT payment if they enter the EU post-Brexit as "returned goods". RATS has asked the EU Commission for clarification of this issue and is waiting for their response.

UK vessels that are located outside both the UK and the EU at the end of the transition period will be subject to the "normal" three-year RGR rule, on the basis that the vessel was exported outside the EU prior to Brexit and it was not located in the UK at that time. Under this rule, vessels must be returned to the EU in the condition in which they were exported and within three years of the original export.

However, that fact that the three-year rule has not been enforced to date is no guarantee that it will not be enforced by HMRC in the future, particularly as it is inevitable that there will more stringent requirements introduced for reporting the entry and departure of yachts into and from UK waters after the end of the transition period.

The Regulations and Technical Services group (RATS) is an executive committee of the Cruising Association (CA) made up of CA volunteers. RATS gives advice and assistance to CA members on a voluntary basis but this is subject to the following Disclaimer and should not be regarded as a substitute for appropriate professional advice.

These articles are published by the Cruising Association for the benefit of its members and others. They have been prepared voluntarily by members and others and they and it have tried to ensure that the contents are accurate. However, the Cruising Association, its employees, contributors and relevant members shall not be liable for any loss, damage or inconvenience of any kind howsoever arising in connection with the use of, or the inability to use, these articles, save to the extent required by applicable law.