A survey carried out amongst Cruising Association (CA) members who keep their boats on the rivers and canals of Schengen countries has revealed that 80% are likely to sell their boats and give up cruising altogether, or move their base to a non-Schengen country.

Overall figures for coastal cruising boat owners are expected to be broadly similar although with more sailing out of Schengen waters to other cruising grounds. 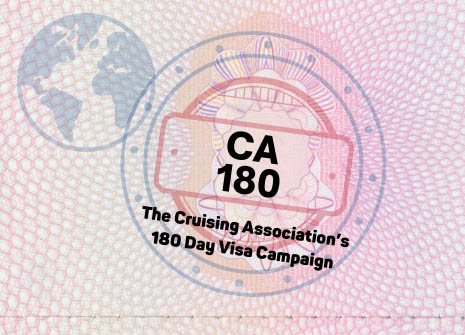 The failure of the UK government to negotiate a fair deal with the EU means that UK citizens can now only visit Schengen countries for 90 days in every 180, making it impossible for boat owners to spend a whole season exploring Europe’s coasts and inland waterways.

The CA says that this flies in the face of Britain’s maritime heritage and shrinks the country’s pool of experienced, adventurous sailors. The CA’s President, Julian Dussek, is very concerned, stating:

"It will weaken the long-standing cultural ties between UK and EU boating communities, and damage efforts to rebuild tourism post- Covid. The knock-on effects could do serious damage to UK boat sales and the British marine industry in general.

"Unless we can find practical ways of overcoming this debilitating 90-day rule, British flagged boats will become a rare sight in Schengen waters. For a proud seafaring nation, this would be a real tragedy."

Sir Robin Knox-Johnston, Patron of the Cruising Association, recently called on The Rt Hon Oliver Dowden CBE MP, Secretary of State for Digital, Culture, Media and Sport, to step in to resolve the difficulties now facing the approximately 30,000 British sailors who currently keep their boats in EU waters, and who are facing this threat to long-distance cruising.

The 180-Day Campaign is gathering pace, with new members signing up to the Association in support of its efforts.

This web page has been prepared voluntarily by the Cruising Association, its members and others and they and it have tried to ensure that the contents are accurate. However, the Cruising Association, its employees, contributors and relevant members shall not be liable for any loss, damage or inconvenience of any kind howsoever arising in connection with the use of this web page, save to the extent required by applicable law.