The CA has launched its campaign to reduce the existential impact of Brexit on British small boat cruisers wanting to voyage extensively in European waters, including inland waterways.

British citizens are no longer EU nationals. We are now subject to third country rules and, for the cruising boat owner, this poses a real problem.

Under the 90/180 rule , visits to the Schengen area are limited to a maximum total of 90 days in every 180 days. The clock starts ticking for both 90 and 180 days as soon as we first cross the Schengen border.

If you travel out to your boat on May 1 you can use it for up to 90 days – until July 30. You must then leave ALL the countries in the Schengen zone and you can’t return until 180 days from May 1 i.e.: October 28. This effectively rules out extended cruising within Schengen.

As a result, some members have indicated they will move their boats back to the UK, whilst others will relocate boats out of the Schengen area. There are also those who may accept they are restricted to shorter voyages that can be safely completed in less than 90 days.

We and other groups, such as second home owners, professional musicians, academics, etc. have tried to engage with MPs and Ministers on this issue but there has been little will to address the 90/180 problem in the corridors of Westminster.

EU rules allow individual EU countries to issue long-term visas and a recent report that the Government is now considering addressing the problems for professional musicians is encouraging. We are making the case that any solution should also cover sail and motorboat cruising.

We do not know if this approach will succeed. That’s why we are also directly approaching key cruising countries to seek 180-day cruising visas for members.

Initially we are focussing our efforts on governments, MPs and local politicians in Sweden, the Netherlands, France, Spain, Portugal and Greece.

In parallel, our members will contact marinas, harbour authorities and marine service businesses requesting that they speak directly to their local politicians on the CA’s behalf.

Each EU member country can set its own policy for visas and permits of more than 90 days, hence our ‘local’ teams are working out the best strategy for each country.

However, we consider it important to share the underlying tone of our message with you, as follows:

So, if you currently keep your boat in Schengen or are thinking about long-term cruising there, please respond to requests for help from your Section Secretaries, and volunteer to get involved. If you’re not already a member of the Cruising Association, now is the time to join and add your voice to this important initiative.

A letter from the CA’s Patron, Sir Robin Knox-Johnston, to The Rt Hon Oliver Dowden CBE MP, Secretary of State, Department of Digital, Culture, Media and Sport, is downloadable as a PDF here.

Below are examples of the calculations under the current 90 in 180 day rules. Further information can be found on our Schengen 90 Implications page. 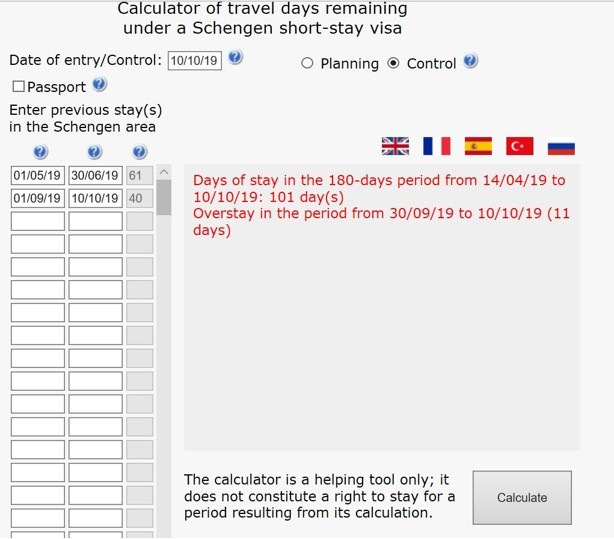 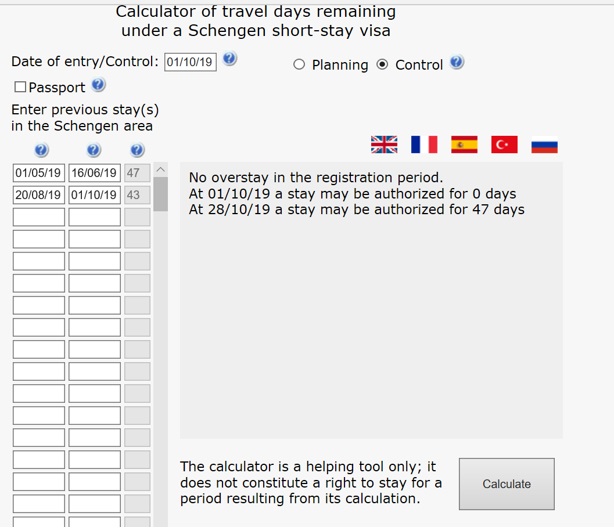 This web page has been prepared voluntarily by the Cruising Association, its members and others and they and it have tried to ensure that the contents are accurate. However, the Cruising Association, its employees, contributors and relevant members shall not be liable for any loss, damage or inconvenience of any kind howsoever arising in connection with the use of this web page, save to the extent required by applicable law.