At a meeting this week with HMRC, and involving the Cruising Association (CA), the RYA and British Marine, it became clear that there will be only three alternatives to the illegal purchase of red diesel in Northern Ireland after June.

Firstly, sail a minimum of 90 miles to Scotland or the Isle of Man to lawfully purchase red diesel, which can be reimported to Northern Ireland, upon documentary proof, under the Istanbul convention. Or, secondly, sail a minimum of 75 miles, to the nearest white diesel Marine pump, which is in Dublin. Plus the return journey of course. Thirdly, the purchase of white diesel from filling stations in jerry cans where the marine rebate will not be available, and where the number of cans/journeys required for most boats would be considerable. In addition, there is the environmental hazards and regulations associated with refuelling by this method.

Given the short time for the proposal to be enacted the CA, with the RYA, urged HMRC to rapidly issue clear guidance to owners and fuel suppliers facing this unprecedented situation.

Julian Dussek, President of the Cruising Association said, "Although these options may be viable, they are completely unreasonable. I cannot imagine another situation in which legislation would be passed knowing that compliance was well-nigh impossible."

He urged the Treasury to work with the Northern Ireland Assembly to produce financial incentives for the fuel industry to create a viable marine supply of white diesel in the province. 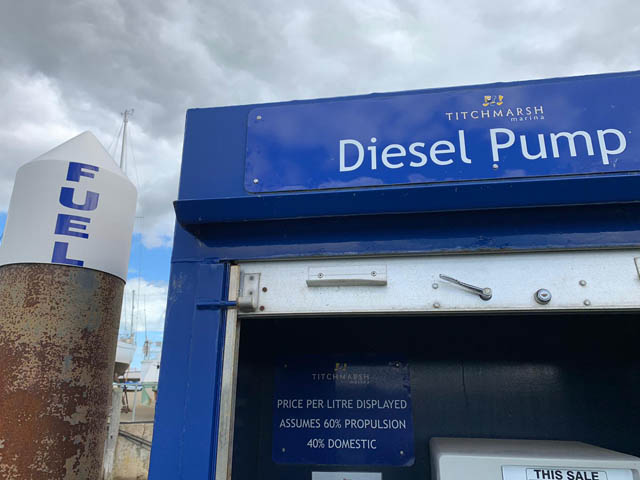