The Southampton International Boat Show, powered by Borrow a Boat, was a success for the CA, both in terms of adding extra value for our existing members visiting the show and for attracting new members to join the CA community over the course of the ten-day show. 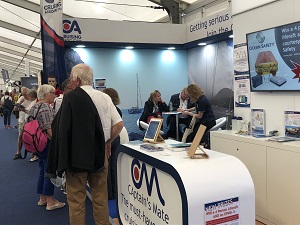 We were delighted to sign up 135 new members during the 10 days of the show, and a steady stream of membership applications continues to arrive via the CA website. Navionics generously supplied one free Navionics app per day in a daily draw for any new member joining on that day.

We also sold 112 copies of the 2020 Cruising Almanac off the stand and can report that sales are up a cracking 55% in the last three years!

The CA stand, along with the band of hard-working staff and volunteers, looked lovely, bright and welcoming. This all combined to entice visitors to stop and chat, enjoy our informative video presentation about the benefits of CA membership, as well as tempt them to try out the new features on CAptain’s Mate.

Half way through the show we drew the winning ticket in the Ocean Safety Big Prize Draw which attracted a record 835 entries and were equally delighted to formally launch the new Big Prize Draw with Fairview Sailing for a seven-day yacht charter for eight people.

Once again, the CA was delighted to work with a broad range of discount partners to promote a line-up of attractive prizes in the daily draws and we were never short of entries!

Our open-to-all Show Draw Prize, a full set of Gill OS2 offshore gear valued at £550, attracted 680 entries and was won by Sue Garrett from Abingdon, Oxfordshire who keeps a 35ft Dufour, ‘Intrepid’, in Chichester harbour. Congratulations to Sue! 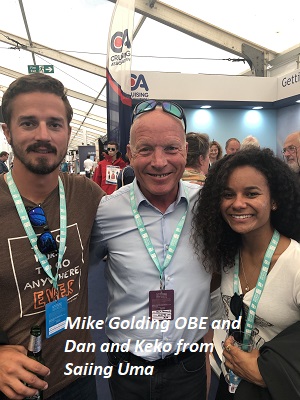 We threw a very jolly and well attended hospitality party on the Thursday of the show with lots of members joining us for a chat and a glass of something, and a few special guests dropped by including offshore yachtsman Mike Golding OBE and the dynamic duo of Dan and Keko from Sailing Uma, the young and intrepid cruising YouTube sensations!

All in all, it was a terrific show and our thanks to everyone who visited us, joined us and made merry with us! We look forward to doing it all again next year from September 11-20th 2020.